All work no play makes Jack a dull boy

I’m exhausted, but I can’t sleep so I’ll write.  The bones in my back are curling over and reaching for the mattress as the still air stings my eyes.  What do I want from me?!  I want something from me, but I can’t put my finger on what exactly.

Honestly, a partner person takes a lot of energy.  Energy that is very focused and fueled right now by artistic and spiritual/therapeutic pursuits.  Still, in moments like these, it’d be nice to have a honey to snuggle with.

Cuddling might silence mah’ mind.  Right?  Meh, who knows. Every night it fights against bed time to solve all problems, worries, and wonders.

Alas, only a couple of problems, worries, and wonders were solved yesterday. And such clarity had very little to do with my meandering contemplations. They resulted, I believe, from the dialogue had with the outside world when I participated in a group Think Tank.

I’ve been so obsessed with my book promotion that I haven’t sufficiently fed or nurtured my inner self.  Everything I read, everything I think about has to do with finishing “The Task at Hand.”  “The Task at hand” being promoting my book a.k.a. finishing 50 pages of research on all the phenomenal bloggists and online magazines I’d love to have review it and emailing each one or working for money at the B Job or showing up for people I love when they need me or attempting to complete my written therapy assignments.

After 3 weeks of this routine, I feel hunger pains, the growing dejection of a spirit starved for …

As my friend says, “Vanessa, you can’t be a grown up all the time.”

I lent my grandma When God was A Woman before finishing it because I was so excited about it.  I have to stop doing that!  Gah.  I hate starting a new book before finishing the last one.  I’ve just been stuck, waiting on it and Overworking … When the truth is: I need ART!  Other people’s art.  Films, Books, Plays, Music, Blog Posts, and Conversation.

Although I spent yesterday from 5am – 2pm working on my book promotion, I finally forced myself to take contrary action.  Thank Baby Jesus in da manger!  From yesterday at 2pm until now, I’ve watered my plant Ms. Gloria Estefan isn’t in a Mariachi band, bathed, napped, ate, and participated in a stimulating think tank conversation with a bunch of refreshing, youthful artists where wonderful insights replenished me once again.

Then I came home and prayed/meditated.  After which, I started mulling over all there is TO DO and then a thought ROARED, GROWLED, SCOWLED at me, “YOU NEED TO STOP THINKING ABOUT YOUR TO DOs!” … I needed a book — someone else’s feelings and musings — and BAD.  I knew I needed a book that The Kid not The Adult in me would pick.  A book that isn’t about marketing or film distribution or filmmaker interviews …Gah!

I breathed in deep and accepted that I probably wouldn’t get back When God was a Woman for a while.  I reached over to my unread stack of books and picked Conversations before the end of Time, which strangely resulted being about “exploring new ways of making art that reconnects directly with the world.”  The core discussion of our think tank dialogue!  Yowza.

There’s a remarkable quote in the book that sheds a lot of light on why it is I get so famished and bored inside when I don’t experience enough of other people’s art. Routinely, a starvation will set in that fills my brain with a rage that causes it to throw itself against my skull over and over and over again.  The author writes:

… I was beginning to understand how the shared experience of dialogue allows one to have and maintain one’s own point of view, while at the same time trying to understand and include another’s.  I began to see what was needed was not a monologue … but a dialogue in which I did not necessarily have a program of my own, but would simply create an empty space for whatever specific process was trying to happen.

To quiet one’s mind and embrace the influx of outside ideas proves to be a meditative and intellectually-expanding process.  For me, experiencing other people’s art isn’t leisure, but necessity.  Maybe it’s leisure too, but it’s hard for a me to enjoy the activity if I think of it that way.  Workaholism is one mean old hag!  A Workaholic, according to some free dictionary I found online, is defined as “a person who works compulsively at the expense of other pursuits.”

Ayayayayeee! Lucyeeeee!  Awareness is the first step, Acceptance is the second step, and Action is the third step.

My friend is right.  I can’t be a grown up ALL THE TIME.  I must schedule time for play in order to BROADEN my intellectual, spiritual, and creative understanding and more importantly, my personal joy.  Adult society undervalues Joy immensely.

Therefore I must read, see, and hear some cool stuff ASAP!  Dance too!

Maybe if I do I’ll turn into this: 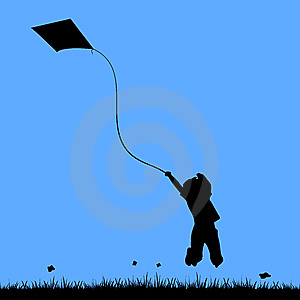 And stop being this:

Vanessa Libertad Garcia is a Cuban – American writer & filmmaker who grew up between the burbs’ and hoods of Los Angeles. A graduate of Loyola Marymount University, she’s completed a myriad of successful projects that tackle both the film and literary worlds. Ms. Garcia has worked in various capacities as writer, director, and producer on fiction films such as the HSF/McNamara Arts Grant recipient “A Two Woman One Act” and documentaries such as “Maid in America,” which debuted on PBS’ Independent Lens. Two films out of the many, which have screened at top festivals such as The Los Angeles Film Fest, The Habana Film Fest, Cinequest, and Outfest to name a few. Ms. Garcia has had writings published by venerated literary staple Lambda Literary and the up-and-coming Amor Fati. Her first book “The Voting Booth After Dark: Despicable, Embarrassing, Repulsive” is drawing laudable reviews. It’s available for purchase at amazon.com, barnes&noble.com, and many other sites. She presently has a feature film titled “Dear Dios” based on the books’ characters and a second book — the collection of poetry “Bloody Fucking Hell” — in development. END_OF_DOCUMENT_TOKEN_TO_BE_REPLACED
This entry was posted on Wednesday, February 9th, 2011 at 3:13 am and tagged with all work no play makes jack a dull boy, art, artist, conversations before the end of time, grown up, hard work, insomnia, jack nicholson, kids, when god was a woman, workaholism and posted in Art & Culture, Life & Career, Uncategorized. You can follow any responses to this entry through the RSS 2.0 feed.
« My Baby Sister Grows Up.
Meritocracy: The Way The West is Run & Happiness Won. »