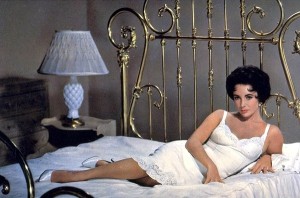 What a strange occurence … Not that people die.  Or even that Elizabeth Taylor should die, but that she actually did.

I suppose it’s fitting that Elizabeth Taylor would pass away the week in which so much has been revealed to me about my own personal relationship to Romance — the inner workings of that portion of my brain, which decides my romantic interests, the type of women I’m attracted to, female personalities I find intoxicating, soft-lipped visages atop pear-shaped flesh who simultaneously fog my senses with overwhelming swoon & ache.  In this period of anguished yet liberating illumination, my old concept of Romance along with one of its Star Symbols has passed away …

Elizabeth Taylor as an actress & public persona, I believe, embodied the concept of Romance — in its ethereal & decayed extremes.

One of the great infatuations of my childhood, Liz got me through early pubescent HELL.  While the dismal reality of a problematic existence seeped into my awareness — I desperately sought escape from real life through fantasies of Romance.  By that I mean, I spent my entire summer as a 13-year old watching every Elizabeth Taylor film I could find & reading a thick 500-page biography on her life.

I spent hours lying in bed under layers of worn comfy cartoon blankets and imagined myself making movies & trapsing about the 1960’s world with Liz Taylor. On sets, exotic cruises, you name it ~ Elizabeth Taylor & I pranced arm in arm.  I didn’t know yet exactly what a “lesbian” was, but I’d imagine myself going to sleep and then magically waking up on her 1965 doorstep.  She opens it and falls madly in love with me. By that I mean, she fell instantly unconditionally entranced with me just because well … that’s what happens when two kindred spirits meet 😉  She then decides to adopt me because I am only 13 after all & don’t want to end up in foster care!  That night, in her large mansion, we snuggled in bed.  She, of course, wore nothing but pearl white lingerie from Cat on a Hot Tin Roof.  Yup, I still had no real clue what “lesbians” fantasized about. It was just a girlhood dream to me! ;p 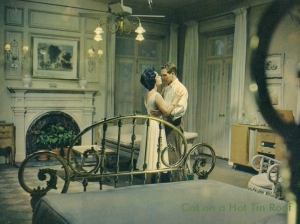 As I grew older, Life’s polluted damaged side flooded the forefront of my consciousness, and the inevitable day came when I could no longer deny that the spry powerhouse vixen of youth had eventually aged into a drunken sailor-mouthed alley cat with grey hair.  Maggie The Cat’s flawless technicolor-toned skin eventually deteriorated into the black & white lull of “melons-bobbing” Martha.  Elizabeth Taylor, my splendid relief from the broken grey shards of real life had become a direct reflection of it. 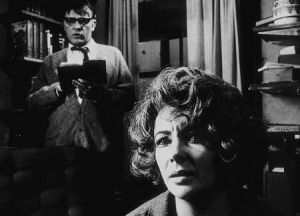 At  age 15, I just couldn’t deny the double-sided mask of Life anymore. Consequently, the same went for Romance.  From Cat on A Hot Tin Roof to Who’s Afraid of Virginia Woolf — we are all doomed to go … I came to believe that for many years.

My imagination still played with Romance at her best, but now more so at her worst. My fantasies had adjusted to “reality.”  No longer were Liz & I to be the enviable masters of Destiny — traveling Morocco in pastel-colored hour-glass shaped dresses. I forlornly accepted that fantasy had to curve to reality if I was still to believe & enjoy it.

Thus, Liz & I chucked grace, tenderness, & peaceful embraces out the window of our 1970’s private jet.  We’d drink scotch in mid-air, & then later that night at her movie premier after-after-after party, she’d cheat on me with Richard Burton. The next morning — she’d realized what she’d done and immediately regret it.  Oh, the mistakes a broken woman makes when she’s been drinking out late! 😉  Aching, I’d leave her without even a goodbye, she’d track me down and beg beg beg me back, and although ripped to shreds inside & distant ~ I’d return because, well, we were “meant”… so on & so on our tragic romance went ~ always in chase of the unattainable other. 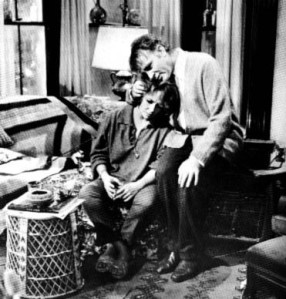 …  That being said, I adored each phase of Liz equally.

For me, Romance has appeared like a Dove.  In the beginning, Doves seem like angelic pure messengers of light, but by the end, after spending much time truly getting to know them, you come to terms with the fact that Doves … are really just Albino Pigeons.  Burrrrrrrn. Ouch.

I’ve been doing a lot of renovation work on myself lately, and the more I heal the more I come to find that I was completely mistaken about Romance — as a Concept & Symbol.  It isn’t a dove at all, but an entirely other animal altogether.  A stronger, profound, more intuitive beast of some sort … I’m not exactly sure what kind yet …

Liz,  thanks for helping me survive my teens.  You were one fabulous & beloved dame.

Two of my Favorite Movies Ever: 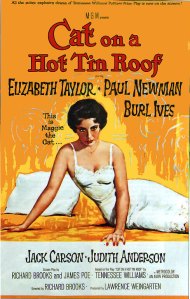 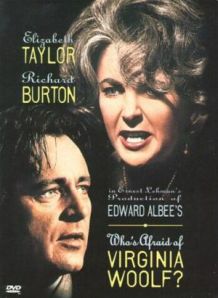 Vanessa Libertad Garcia is a Cuban – American writer & filmmaker who grew up between the burbs’ and hoods of Los Angeles. A graduate of Loyola Marymount University, she’s completed a myriad of successful projects that tackle both the film and literary worlds. Ms. Garcia has worked in various capacities as writer, director, and producer on fiction films such as the HSF/McNamara Arts Grant recipient “A Two Woman One Act” and documentaries such as “Maid in America,” which debuted on PBS’ Independent Lens. Two films out of the many, which have screened at top festivals such as The Los Angeles Film Fest, The Habana Film Fest, Cinequest, and Outfest to name a few. Ms. Garcia has had writings published by venerated literary staple Lambda Literary and the up-and-coming Amor Fati. Her first book “The Voting Booth After Dark: Despicable, Embarrassing, Repulsive” is drawing laudable reviews. It’s available for purchase at amazon.com, barnes&noble.com, and many other sites. She presently has a feature film titled “Dear Dios” based on the books’ characters and a second book — the collection of poetry “Bloody Fucking Hell” — in development. END_OF_DOCUMENT_TOKEN_TO_BE_REPLACED
This entry was posted on Wednesday, March 23rd, 2011 at 5:14 pm and tagged with cat on a hot tin roof, concepts, doves, elizabeth taylor, liz taylor, maggie the cat, martha, richard burton, romance, symbols, teens, vanessa libertad garcia, who's afraid of virginia woolf and posted in Art & Culture, Life & Career, Uncategorized. You can follow any responses to this entry through the RSS 2.0 feed.
« Bluebirds ~
The Nothing hankers for more … »