If you’re in LA, there’s much Fun Stuff  to do within the next week!

Come out & join us!  The city explodes…

One of my dearest & most amazingly talented friends Brit Laurén Manor promises to pull off another dynamite show by belting her genius gutz out this Friday night June 17th! She headlines along with The Elevaters at The Bootleg Bar for GO BANG: Art & Music Partay.

A brilliantly hilarious actress, and awesome OG college bud, Karen Anzoategui performs her RAD One-Woman show Ser: LA vs. BA, which was spotlighted by the LA Times & LA Weekly as part of The Hollywood Fringe Fest!  I saw the work-in-progress and my socks popped off of my feet onto my face I loved it so!  It’ll make you laugh, cry, & reflect.  What else does a hayna really need to live?  It runs JUNE 15, 17, 18 & 22 at 8:30 PM.

Check out The Facebook Invite for all the deetz! 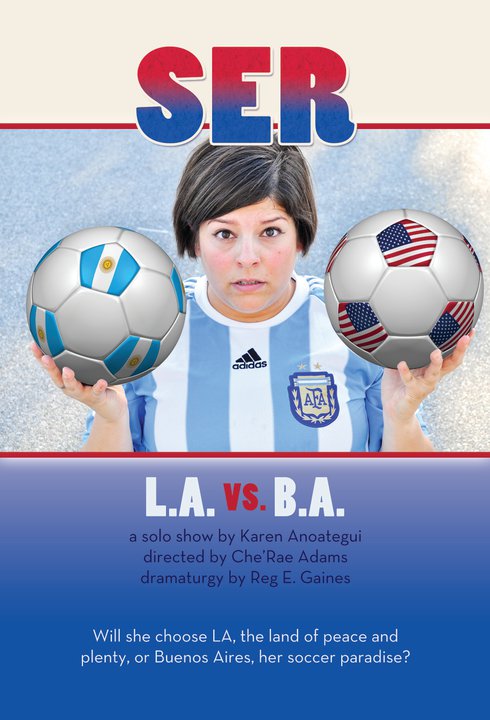 Karen Anzoategui tells her solo story through the politics of a soccer game. Soccer is utilized as a vehicle to understand Argentine and US politics and society. Landing in Los Angeles, this Argentine girl grows up in two different worlds, North America and South America. In Los Angeles, the cultural rivalry that exists between different Latino countries, specifically Argentina and Mexico, are put to play. The serious look at all the worlds is balanced by the comic view of family life that Karen grows up in. A visit from James Brown, a mother in flight along with her brothers who are always on the way to a soccer game, like a pilgrimage, to the soccer God, Diego Maradona. Karen has to come to terms with her sexuality as well as discovering what she really values. Having to decide who she is rooting for, and then to fight for her rights on all sides of the game, Karen Anzoategui’s solo show: Ser will take you through a journey as well as being a spectator in her world.

3. Documentary at The LA Film Fest

PARAISO FOR SALE premieres at the LA FILM FESTIVAL this Saturday June 18th! It also screens June 20th & 22nd.  A fascinating and revealing documentary by brazen filmmaker Anayansi Prado, an old friend who helped me greatly early on in my filmmaking career.  Thrilled to experience this titillating piece!

Check out The Facebook Invite for all the deetz!

PARADISE FOR SALE takes a look at the effects the fast-growing migration of American retirees and developers to Bocas del Toro, Panama is having on the local community. We learn that migration between Latin America and the US is not just a one way street as the film explores issues of modern day colonialism, residential tourism and global gentrification.