Theatre gets me high & then Romance pulls me down, but I lived happily ever after anyway. Yayee.

Well, I’m sitting in my granuelita’s walker next to her in the emergency room lobby. She’s feeling a whole lot better, thank goodness. We’re just waiting on the Doctor’s final ok. Anywho, she’s making friends and talking up a storm with the ladies in emergency. Lol! As usual. My grandma — The Cool Chick.

So I’ll take this time to blog it up. Theatre in LA rocks my socks off. I’ve seen a lot of killer underground shows here. Live performances that leave me feeling high. Higher than alcohol and oreo cookie shakes ever did in my wild-thing years ;p

Alas, Art calls blackjack.  I’d rather be conscious of, fully attentive to the real manifestation of fabu BRILLIANCE than lulled into satisfaction with mediocrity by belly-warming frontal-lobe butchers. What I’m trying to say is that I saw a HILARIOUS genius theatre show and didn’t sacrifice any of it to go chug Mickey’s Malt in the trunk of my Ford — not once!  If you feel like getting high on the arresting brilliance of the unpredictable human imagination — FairyTale Theatre is your show.  It basically warps childhood fairytales into moral fables that twisted adults can relate to, laugh with, and — strangely enough — learn from.  I ate lemon rinds & cackled for an hour straight, like a hyena on shrooms.

To think I wanted to cancel so that I could go home and work on my book promotion til’ my eyes dried out! The spiritual nourishment and replenishing creativity I would have missed. One of my beloved best friends & spirit sisters — Kunteemonster — generously got me a ticket.  I wanted to see her and promised I would go. I’m working on cultivating being impeccable with my word — for the purely selfish reason that estimable acts seem to fortify my self-esteem.  27-years into this game and now I figure it out!  😉  SO I threw a 30’s hat onto my overgrown greasy hair and lugged my makeup-less eyebags from the hood to the westside. I’m thrilled and grateful I did.

As I elatedly sauntered back to the car after the show, I thought of 3 people who would especially LOVE this show: 1) My mom “Mamushka” 2) Baby Dewds — another bestie & spirit sister and 3) An old friend I once fell in love with / got the romance cramps for …

The first 2 people I can actually call via android and vulnerably, passionately invite them to share the great discoveries of life’s madness with me — like this show.  The last woman though … well she’s traveling the other way, in the opposite direction of my trek — so I can’t.

Once a dear friend she’s now not even an acquaintance … a love of mine that never was mine.  Ah vell, life ticks on in the hands of train station clocks and beings fall in and out and in and out of love until the end of Nature.  So it is with me.  Although often times after having seen some great piece of theatre, I do still miss her friendship and then a tinge of ache about what never was but could have possibly been between us shoots to the tips of my nerve endings.  Both sentiments, however, have waned and faded into memory with passing days.  They’ll eventually take on the look and feel of photos developed at a Thrifty’s fotomat circa 1992.  This I know from past experience.  Thank GAWD! ;p

Another notable came after her. Conversely, this other young woman had a bountiful of love to share with me.  Through her, the world revealed that its vast seas of sweetness stretched far beyond the horizon. Her gentle transparency brought the embarrassed tenderness guarded within me out of dark corners into the light and lulled my dejected cynic to sleep for a brief lovely while.  In a breath, our paths intertwined and then diverged again.  Having reached a perpendicular fork in our road, we mournfully followed our selves away from each other and bowed in respect with “goodbye.”

Sometimes, on a night like yesterday’s, I feel the singe of halfness echo through my chest again.  After which I think to myself, “Maybe if I had a girl, I’d finally feel whole.”  Melancholy wonder warms my healing, pockmarked heart as I remember gazing into sundry pairs of eyes whose circular shades of blue sky, green bark, and velvet turquoise hugged a fixed black dot.

That being said, personal experience has taught me that the romance-solution is a “quick-fix” falsity.  I know better by now.  Wholeness has only come about through honest self-search and service to others.  A romantic partner is much like Life herself — palpable and powerful, but transient.  Relative to relevance.  Some girls accompany you for a month, others for a decade … All of which depends on whether you’re walking toward personal wholeness together or away from it.  The more I accept the romance process for what it is, the less I try to curate and manipulate my romances.  The more I appreciate each circumstance exactly as is, let it be, and, if needed, let it go.

Okay, now onto Awesome Photos I Found on The Internet!!! Let’s end this post by reflecting on these images, shall we? 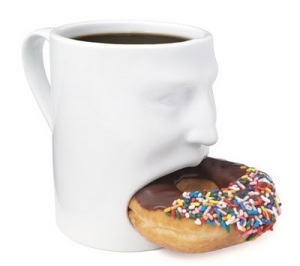 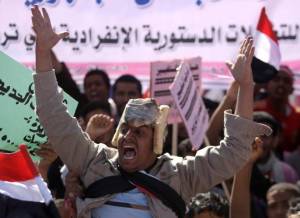 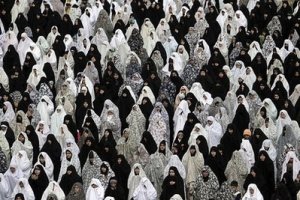