Once We Were Warriors & Still Are.

Eating an amazing Pastrami Sandwich (on wheat 😉 ) from one of my fave Huntington Park Restaurant’s Tom’s while scenes from Once We Were Warriors flash through my mind.  It’s healthier than a cheeseburger, right?  Meh, who knows.

I was 12-years old and kicking back in the living room of our old Downey house with my cousin Danny  — who’s older than me by 9 months.  We were bored on a school night flipping through 200 or so channels of cable entertainment and for whatever reason the remote sat still on HBO.  I think that’s the moment we began fighting over the last slice of pizza.  Anyway, by the time we turned our angsty pre-teen attention back to our most cherished babysitter & life coach — The Big Screen TV — there it was unfolding, Once We Were Warriors.  A narrative film about a broken family from New Zealand’s “throwaway” population — the aborigines.

A family descended from Maori warriors is bedeviled by a violent father and the societal problems of being treated as outcasts.

We watched it, jaws dropped, eyes dry from the lack of blinking, and when it was over we both looked at each other — bonded by a deeper awareness or understanding or maturity or all of it — and said, “WOW.  Dewd.  That was Really REALLY great. Dewd …”

Since then I think about the movie off and on, some periods in my life more than others.  I think about the Maori community, being representative of many indigenous spirits around the world, raped and broken by a brutal and demoralizing colonization.  How the Europeans cracked their cultural, spiritual, and psychological foundations in half and ate them bit by bit with tea & scrumpets.  I think about how centuries have passed since that happened, but their dismissed & unattended ACHE, their communal scream of defeat has manifested into self- & family- destruction through alcoholism, violence, and personal-intolerance.  I think about the dejected state of their internal realities — how they carry the shame of warriors who lost the fight that forever cost them their “home.”  While European descendants now “New Zealanders” scowl at their “uncivilized natures” on the same land, but far removed from their neighborhoods.

I was once at a luncheon with people from group therapy, and there was this girl from New Zealand there.  She came from an upper middle class family and had problems with self-esteem, men, body image issues — you know, usual Western Society probz.  Anywho, I asked her if she had seen Once We Were Warriors and what she thought about that communal state of self-destruction, and if she felt the New Zealand government (as a form of restitution, if not out of pure humanity) could do something to help its aborigine populations heal — psychotherapy, group therapy, personal empowerment workshops, etc.  She replied to me, “They’re just living in victimhood.  If they’d stop victimizing themselves, drinking & fighting so much, and actually cultivated a desire to educate themselves, they wouldn’t be such a mess. That’s not the government’s fault or responsibility.”  Says the privileged girl who drinks bottles of vodka because a boy doesn’t like her.  I think about how in that moment images of me performing my own version of Maori Warrior vengeance upon her filled my belly with fire, yet how I instead — passionately disagreed with her opinions and then let the conversation die because, after all, she’s also hurting and trying to heal herself.  I think about how since then I’ve disliked her anyway.

I think about how she like her ancestors, and her government don’t give a flying dung and never will about the way they emotionally dismembered their aboriginal communities or help them heal through any consequential crippling anguish.

I then think about the Maori characters in Once We Were Warriors, and that if they only realized they were still were warriors, they could have healed themselves.  They need nothing from their government or its privileged self-consumed.  I think about the daughter in the movie — Grace Heke — bright & studious, unique, an indispensable young woman coming into her power in the midst of this communal self-destruction.  I think about how she’s woken up one night by a drunken “uncle” / party guest raping her, and then hangs herself in her backyard.  I think about her body dangling from the grey-bark tree and her mother whaling at the sight of it …

I think about her whenever I realize how blessed I truly am.  Whenever I’m overwhelmed with gratitude for the opportunities I have had and continue experiencing that lead to massive amounts of internal healing and perception change.  All the therapy, recovery, spiritual practices & philosophies, psychology-revealing literature & seminars, that have unveiled the depth, color, and health of an otherwise seemingly futile & imbalanced existence.

The Nothing hankers for more …

I can’t sleep.  Per the usual.  Restlessness ringing through my ears.  Had an amazing weekend.  After coming off of an almost crushing week of grad school application and article deadlines.  I just have two more pieces due this week!  Woohoo!

I wonder if there’s anything on my mind worth sharing or if I’m merely indulging in uncomfortable squirmishness via public platform.  Maybe a little of both?  Meh, who knows.  I’ve been working so hard on my book and film stuff that I’ve sort of taken a breather from my spiritual & psychological homework, and been coasting on the healing breakthroughs of other weeks and months.  This can only keep me sane for so long though before The Ache for deepening explodes tingling chimes into my arteries and rushes them down center chest into the entrails of my stomach lining. Thus producing cravings similar to the ones I get to eat and/or be fed at 5:20 in the morning.  Or the craving everyone gets to chug a cold 40 oz bottle of Mickey’s Malt after a long hard 14 days of back to back deadlines …

I think I’ll spend much of this week tending to the call for more … not with booze, food, women, or artwork / careerwork, however, but with the spiritual & psychological work I’ve been avoiding … To heed the ringing restlessness by listening to its needs, which call for me to tend to the deepening of my experience by evolving its point of reference: my perspective.

Unfortunately, outward blessings do little to tame inner The Nothing, which, as of now lies dormant, but once awakened wreaks reckless havoc on my spirit, mind, body … and consequential life.

Only spiritual & psychological maintenance / rigorously honest and thorough work on the dimensional levels of my inward experience will afford me the perspective I need to remain centered, humble, serene, and grateful for my outward experiences. Alright, I’ve rambled on enough.  Time to get into action.

But before I peace out, here are some passages I came across last week that effectively lulled The Nothing into REM for a brief set of savory hours.

They passed a warm palm down its chest, and quelled its ominous hunger pains …

Excerpt from a poem by Stacy Gnail:

‎To have demanded each seam celestial, appealed for planetary pleats. And when you saw the sun a sequin, the moon a button shaped from glass, and in the stars a pattern for a dress … to have stood then at the edge of the wood, heard a hound’s bark and my heart hark in return.

Excerpt from a poem by Troy Urquhart:

It begins.
Simply, or not.
It begins
as a word or a phrase
or a glance.
Or a sentence.
Frost would say
“it begins with a lump
in the throat.”

Excerpt from a poem by Rosa Alcala:

The question, as we sit
by the grill, becomes:
What is the real animal
between us?

A poem by Suheir Hammad:

Excerpt from a poem by Emily Dickinson:

And finally, by my friend Dare Williams:

Love is a stranger in an open car… 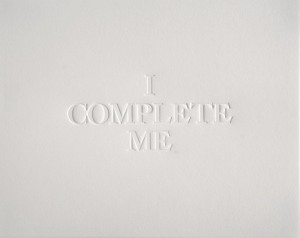 – Img from my fave blog RileyDog